Hey everyone! Greetings from the New England Trail! If you have been following my journey up to this point, you know that I was attempting an AT thru-hike. Unfortunately, I had some health issues that prevented me from continuing on the trail. I got off the AT in early July, spent some time getting better at home, and decided to get back out for a week and a half to complete the New England Trail (NET.) Although the NET is one of the national scenic trails, few people know about it. I didn’t know about the trail until about a month or so ago, but I love New England, so I decided to check it out.

The NET is not like the AT. As I said, people don’t know about the trail, and some sections are not maintained. There is little information surrounding the trail; this combined with poorly marked sections can be frustrating. I was surprised to find myself loving this trail, and I often felt that I was on an adventure that few had trekked. It was all very exciting.

I did have moments when I was frustrated with the lack of organization on the NET. After all, if this trail is one of the national scenic trails, shouldn’t it be blazed? Shouldn’t people know what I am talking about, especially if the trail runs right through their property?

My trek on the NET is now complete. When reflecting back on the trail, there is one particular day that stands out in my mind. While all days on the NET were an adventure; this day seemed like something straight out of a movie. 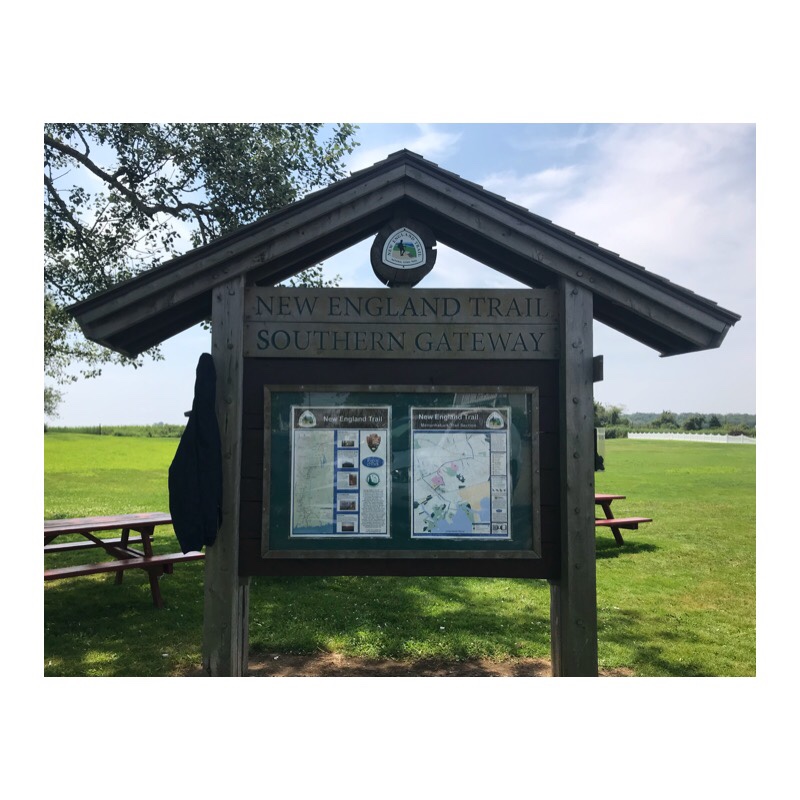 The day started as any other. I woke up in a daze, wishing for more sleep. I knew I had big miles to complete though, so I got up, ate some food, and was on my way. I was excited because I would be crossing over from Connecticut to Massachusetts early in the morning.

I made it into Mass; I walked on roads, in the woods, and through a big grass field, much like I would any other day on this trail. Around noon, I crossed a road and headed to the water’s edge of Robinson State Park. This park borders the Westfield River, which feeds into the Connecticut River. I had not looked to future sections of the trail, so I was unaware that I had to cross the Westfield River. After spending some time along the water, I realized I had not seen a blaze in some time, so I decided to double check myself with AllTrails (if you love to hike, I highly recommend this app). Upon checking AllTrails, I realized that I had wandered off the trail and I was indeed going to have to go across the river in order to continue.

At this point, I decided to take a break and make a plan. In my mind I had two options: either go into the river and hope for a successful crossing, or head up to the road and make a large detour around the water. To me, the water did not look all that high, so I decided to try to cross it. I took of my shoes, stuffed them in my pack, and started to cross. I got about a quarter of the way through the river when the water started to come up my shorts. At this point, I decided that although a water crossing would be cool, it was not a safe choice for me. Not only was I not properly equipped to cross this river, I was alone. These things combined were enough to make me realize that even though it would be more miles and a pain to walk on the road, it really was my only option.

I made my way back up to the road, phone and map in hand, and started walking. I was maybe 15 minutes into the walk when a man pulled up beside me on the road, rolled down his window and said, “Excuse me. Are you hiking the trail?” To my surprise, he was referring to the NET (he was the first local I met to know about the trail). His name was Ian, he had hiked several sections of the trail, knew about the sketchy river crossing, and offered me a ride around the river. I happily accepted this ride as he told me the detour would mean one and a half to two hours of walking on a highway.

As we drove, I told Ian about my attempt to cross the water and he was shocked. He told me that the area was referred to as the Shallows and there used to be a chair on a sort of zip-line that people used to cross the water. The chair had since disappeared, so there really was no other option other than to fully swim across, or drive around the water. This made me feel better as I don’t want to skip any portions of a trail (I’ll also share that when Ian dropped me off, I walked clear down to the water’s edge to ensure that the only section I skipped was the actual water). 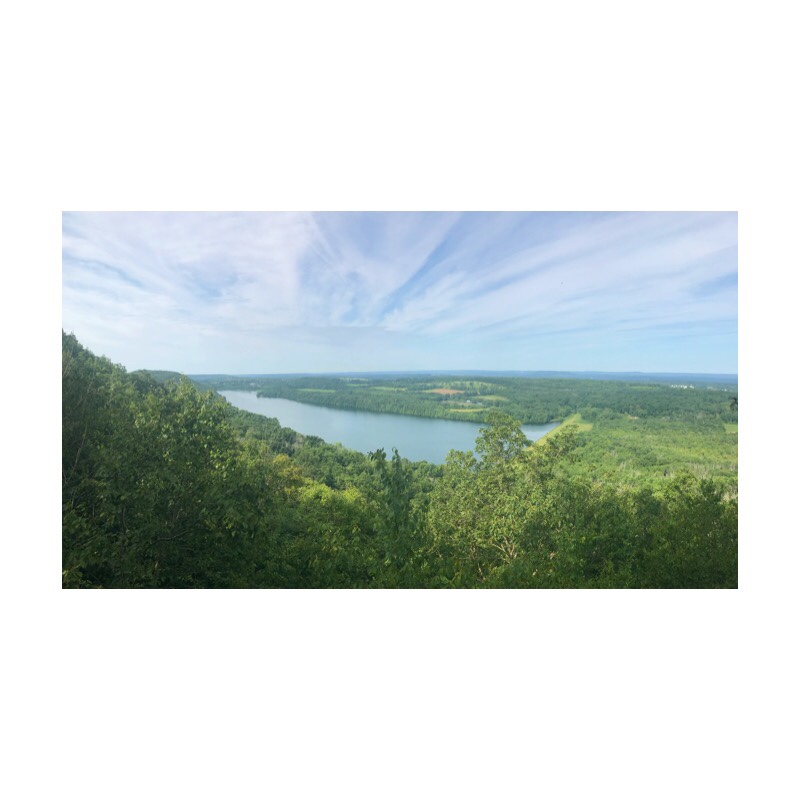 After Ian dropped me off, I crossed some railroad tracks and kept on my way. I came across a trail crossing that had me going left, up a hill into some intense brush. Like I mentioned, I am all about staying on the trail, so into the brush I went. This stuff was extremely difficult to get through. I really relied on my trekking poles throughout this trail, but at this moment, even they were not enough. I only made it a short way into this section when I felt a painful sting on my left leg. I looked down and saw what I thought were bees (later confirmed to be yellow jackets); it seemed I was wading through a bee’s nest. I quickly decided that again, this was something that was not worth staying on trail for, especially because I was barely into this section and I had not been stung before. A side note; my mom happens to be severely allergic to bees, so I was also preparing for the worst. I did my best to run back through the brush and was stung three more times on the opposite leg before I made it back the road. I decided to take a pause here and wait to see if any major swelling/anaphylaxis occurred. Thankfully, neither happened, so once again I decided to keep on trucking. It was as this point that I realized the trail crossing-blaze was premature. I was not supposed to go through that intense bee (yellow jacket) infested area. I was frustrated at both the trail and myself as this all could have been avoided if the blaze was properly placed and I investigated more before going left.

I kept on and noticed that part of my left trekking pole was gone. My poles come apart so they can fit into a pack. I am thinking that when I was jumping around in the brush, the bottom part of my pole detached and was now in there, stuck in the mud. Although this was a major bummer, I decided that it was not worth going back into that yellow jacket infested area. I already had four stings, and that was not something I wanted to put myself through again, especially when I was not sure about the specific location of the missing part of my pole. I decided to keep on, this time with one pole being slightly shorter than the other. 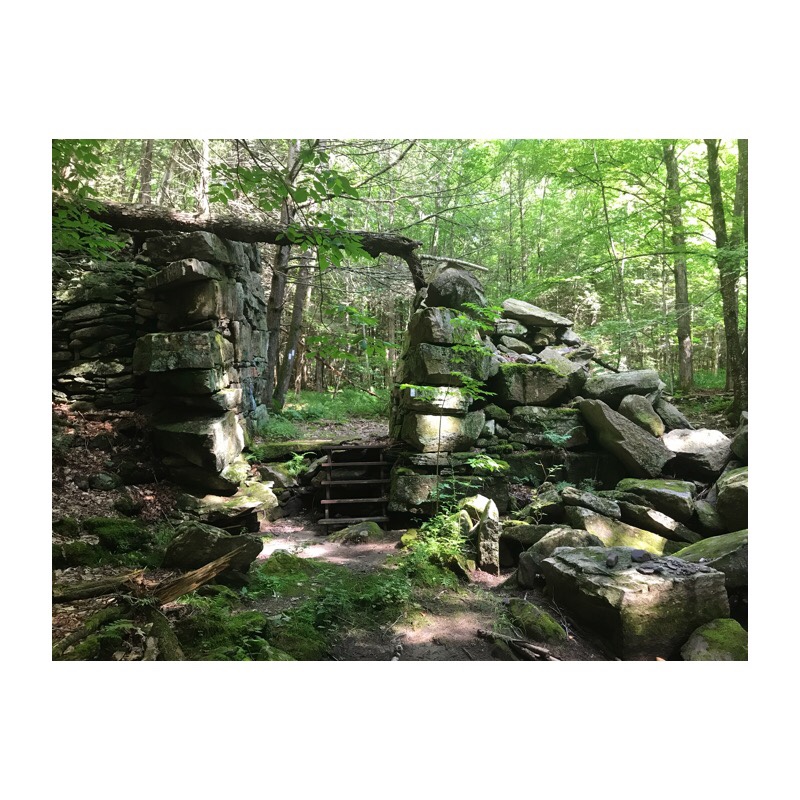 About two hours after this went down, I came across a man working on the trail. The man was a volunteer through the Appalachian Mountain Club (AMC) and was leading a crew of young people who were working toward making the NET better. I was excited to talk to this man as I am familiar with both New England and the AMC. He knew all about the job I had last summer with the SCA; he also mentioned that his boss, a project coordinator for the NPS, had the job I have lined up in Alaska. After a while, members of his crew wandered in with different materials. I parted ways with the group as they had work to do and I had miles to complete. I was pretty stoked about this interaction that occurred though; it is always comforting to come across those that share a passion for both hiking and trail work. It is not always easy to find.

Again, I kept on walking. I ended up getting turned around and somehow making one big circle (I am telling you this trail is poorly marked in some spots). After doing so and wasting an hour, I decided to call it quits for the day. 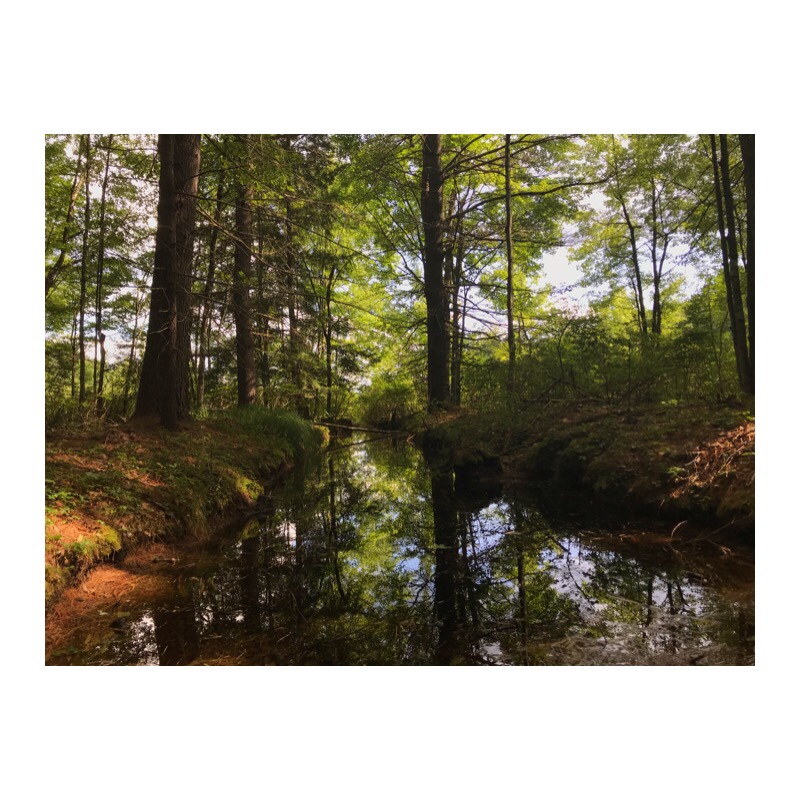 I did not end up completing my goal of miles for the day; however, I met some cool people and faced some challenges that I handled in the best way possible. It was this day in particular that reassured me that hiking is my passion. Things did not go quite as planned, and in the past I would have let this eat away at me. But I now know that just as life is unpredictable, so is the trail. We have to carry on, no matter what life throws at us. What turned into a sketchy water crossing ended in my meeting of the trail angel, Ian. Post yellow jacket stings and the loss of a trekking pole resulted in an interaction with an awesome trail crew. Unfortunate things happen, and will continue to do so. But my hope for both you and me is that we have the strength and mind-set to get up when we fall, dust off our knees and keep working toward whatever goal we set for ourselves. Happy trails to all, I’ll catch y’all later!!