My decision to hike the Appalachian Trail truly came about in January after my romantic relationship with Gorges State Park was rekindled. I had just moved home from a stint in Knoxville, and while I enjoyed the thirty-something laps I did around the river at Ijams Nature Center, it never felt like how the woods back home did. Once back in North Carolina I revisited Gorges on a weekly basis, and this leads me to my first point: 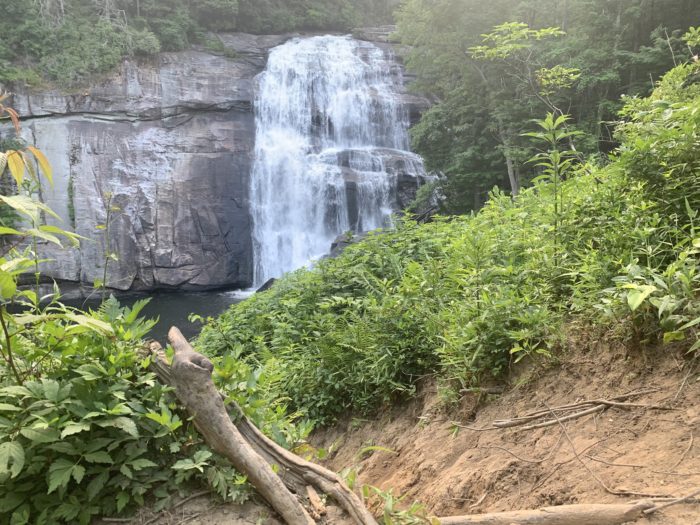 Some days I didn’t feel like hiking. I didn’t want to search the internet or maps for new places to explore, I didn’t want to sit in the car for long periods to get to new trailheads, or make the same sleepy drive home so I could get up for work the next day. This is where my experience at GSP came in handy. Anytime I wanted to hike but didn’t necessarily know where I could throw my pack on and head back into familiar territory. I’ve seen Rainbow Falls over 100 times (no exaggeration), and even though it rarely felt like an actual adventure, it was always hiking and always kept me preparing for 2020.

2) Make a Budget and Stick to It

While I didn’t formalize my budget, I did have monthly minimums and weekly minimums that I put into my trail savings. I wanted to eliminate all my student debt before leaving as well, and so I threw myself into work by working two seasonal jobs on top of my regular bartending gig. I also turned off my subscriptions so that my days off weren’t devoted to binging shows but were spent in the woods instead. The 70+ hour workweek isn’t for everyone, but it has allowed me to build a comfortable budget for the AT, and with finances being one of the top reasons people get off trail, I wasn’t going to risk it.

3) Get Comfortable Being Uncomfortable 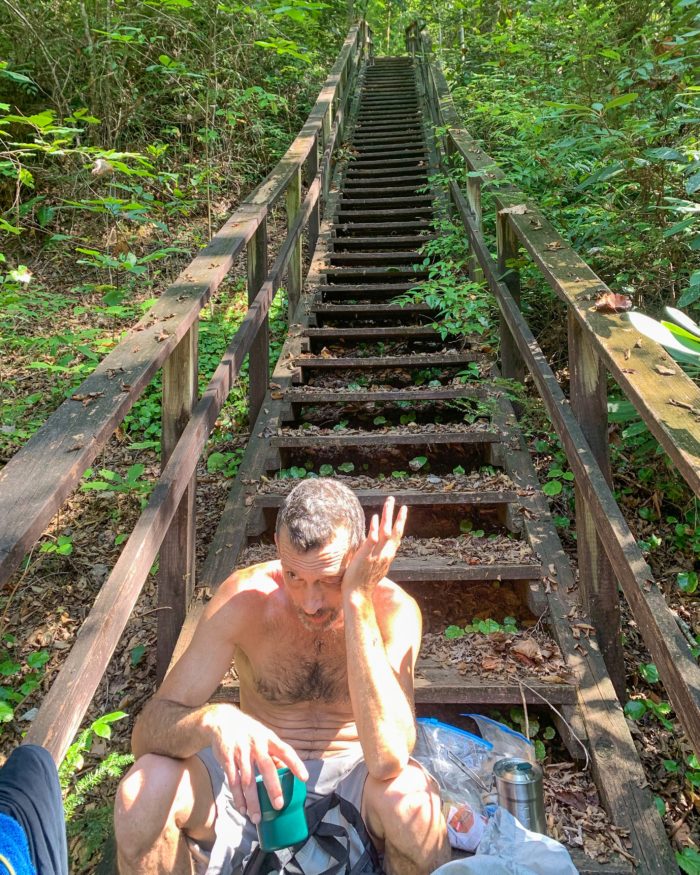 Dad preparing for another round of climbing through laurel tunnels and leaf mold on the Foothills Trail.

Throwback to my thru-hike of the Art Loeb. This 32-miler isn’t the hardest thing in the world, but that night in April got very exciting very fast. Around 2 a.m. a windstorm pulled my rain cover out of the ground and exposed me to some of the coldest rain I’ve ever endured. Downed trees along the trail meant I definitely wasn’t navigating until the sun came up, and so I embraced the suck and waited, stuffing my tarp under a fallen tree and crawling inside it until the first sign of daylight. I learned that evening that sometimes you’re just not allowed to quit, and it makes you a better hiker and, in my opinion, a better person for persevering. There’s a lot to be learned from a sufferfest, so be aware of when to quit, but don’t be afraid to embrace the suck.

4) Build Accountability into Your Preparation 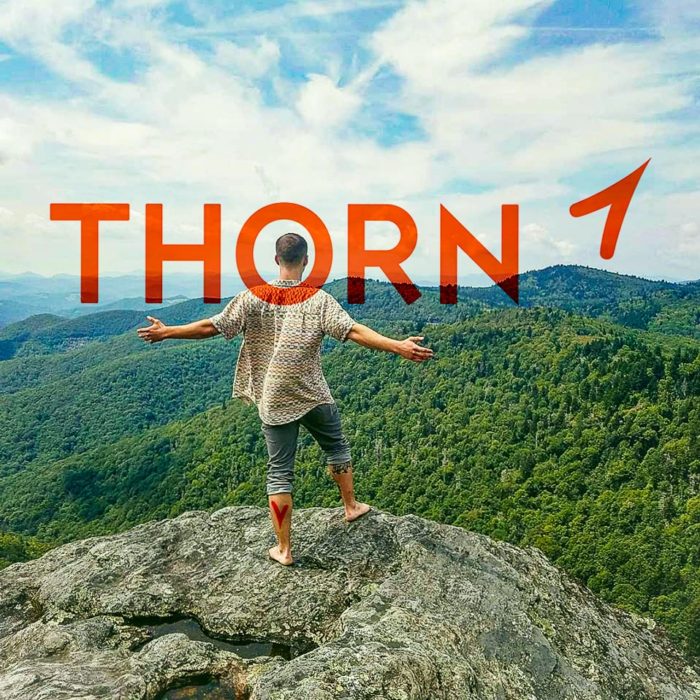 I often struggle to take my moments of inspiration and transform them into legitimate action. Often the feeling fades, and I find myself lost in the day-to-day things instead of preparing for the big trip. Tell people your goals, tell them often, and be precise. If those you surround yourself with know what you intend to do, it will be harder to slack off. My girlfriend is my greatest example of this. We have started sharing a mobile task list so that she sees exactly what I intend on doing on any particular day, and I have to ‘fess up to her whenever I fall short of my goals. Local newspapers have taken to running articles on the hike as well since we’re raising money for a nonprofit called Thorn.

Videos, books, blogs, sitdowns with former thru-hikers, go wherever the information is. There are thousands of gear setups, logistical considerations, health concerns, food guides, general advice, and more that you can tap into by being as well-informed as possible. I’ve watched a ton of DarwinOnTheTrail and HomemadeWanderlust’s videos for general Q&A and have read tons of memoirs and hundreds of articles and blogs for my prep. I’ve learned areas where I can cut weight, strategies for enduring the winter miles, and have connected with tons of other hikers who have contributed to my planning. Since knowledge is power, it’s important to gain as much as possible, especially when multiple miles in the wilderness where needed help may be hours away.