Hi, I’m Jamie and I’ll be attempting a northbound end-to-end hike of Vermont’s Long Trail this fall. Here’s a little about me and why I’m hiking.

I’ve always identified as “outdoorsy.” When I was a kid, my parents took my brother and I camping at least a couple times per year in the state parks near Buffalo, New York where I grew up. I loved every second of it: splashing through creeks in my water shoes, overturning rocks to catch crayfish, collecting interesting bugs in little plastic containers, riding around with my feet dangling from the bed of a pickup truck at dusk, trying to spy deer grazing in the fields as the sun sank below the tree-covered hills. 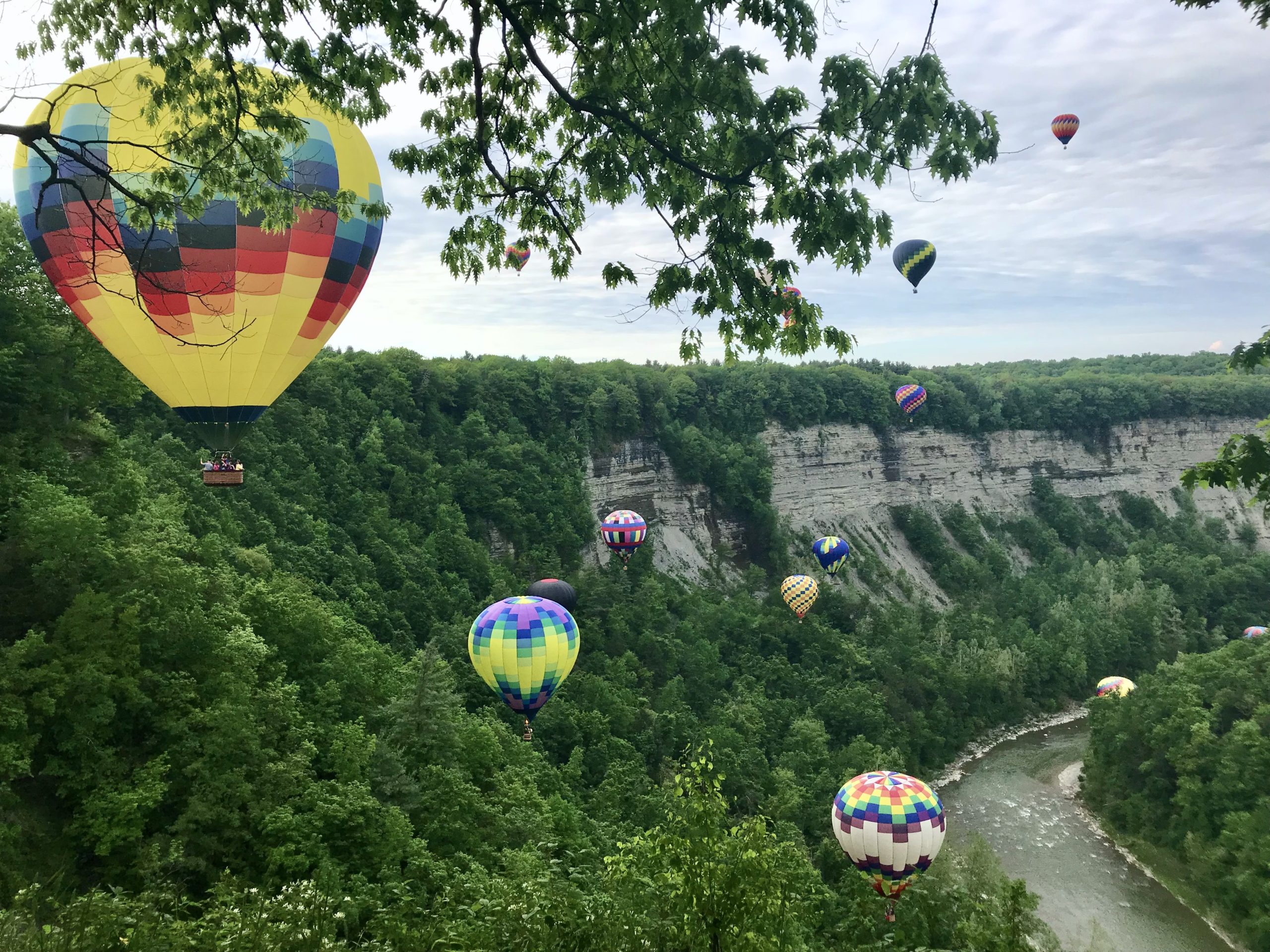 Hot air balloons over Letchworth State Park in New York: one of my favorite places to camp growing up.

My first job was at a town park, maintaining nature trails over the summer months with a crew of other teens and young twenty-somethings. As a female, I was kind of a rare bird, but it never felt that way. I could carry a good bundle of two-by-fours over my shoulder from the truck to the work site. I could load up my wheelbarrows with just as much gravel as the guys. I did this just to prove I could, but not to prove it to them—to prove it to myself.

I learned how to build and maintain trails. I learned about nature, too – how to identify native plants and trees, which berries you can eat and which will make you puke, how to measure board feet using a Biltmore stick, and how to tell a tree’s age by counting the rings on a cork from an increment borer. More importantly, I learned that I feel most alive when I’m outside in nature, and that I am capable of things society often tells girls and women we can’t do. I cemented a fair bit of my identify during those six summers of my life, from mid-high school through college. I was the outdoors-woman.

I’m 28 years old and living in Manhattan. I don’t think I’ve ever felt less outdoorsy than I did this year, cooped up in my cramped NYC apartment during COVID-19 lockdown, chained to my laptop and having everything delivered to me by some bro on an electric bicycle who works for an app. My gym closed back in March, and I’ve gotten real sick and tired of doing the world’s quietest burpees on a yoga mat in my 10-square-foot living room so as not to disturb the downstairs neighbors. I know I’m not the only one for whom 2020 was a wake-up call, a loss of control, a seemingly endless wave of powerlessness and simultaneous boredom, but…

I want to feel like myself again. To feel physical and capable, and to put an end to the impostor syndrome that’s plagued me in some capacity ever since I moved to the big city. I never stopped being an outdoors-woman, but I’ve definitely spent more time drinking mimosas on restaurant patios than hiking these past few years. What’s more, I’ve spent more time researching hiking than actually hiking. When I’m bored, or stressed, procrastinating the work I should be doing, I seek out information. For a long time, that research was centered on hiking; specifically, thru-hiking the Appalachian Trail. I’ve wanted to thru-hike the AT for years, but it was just never the right time. 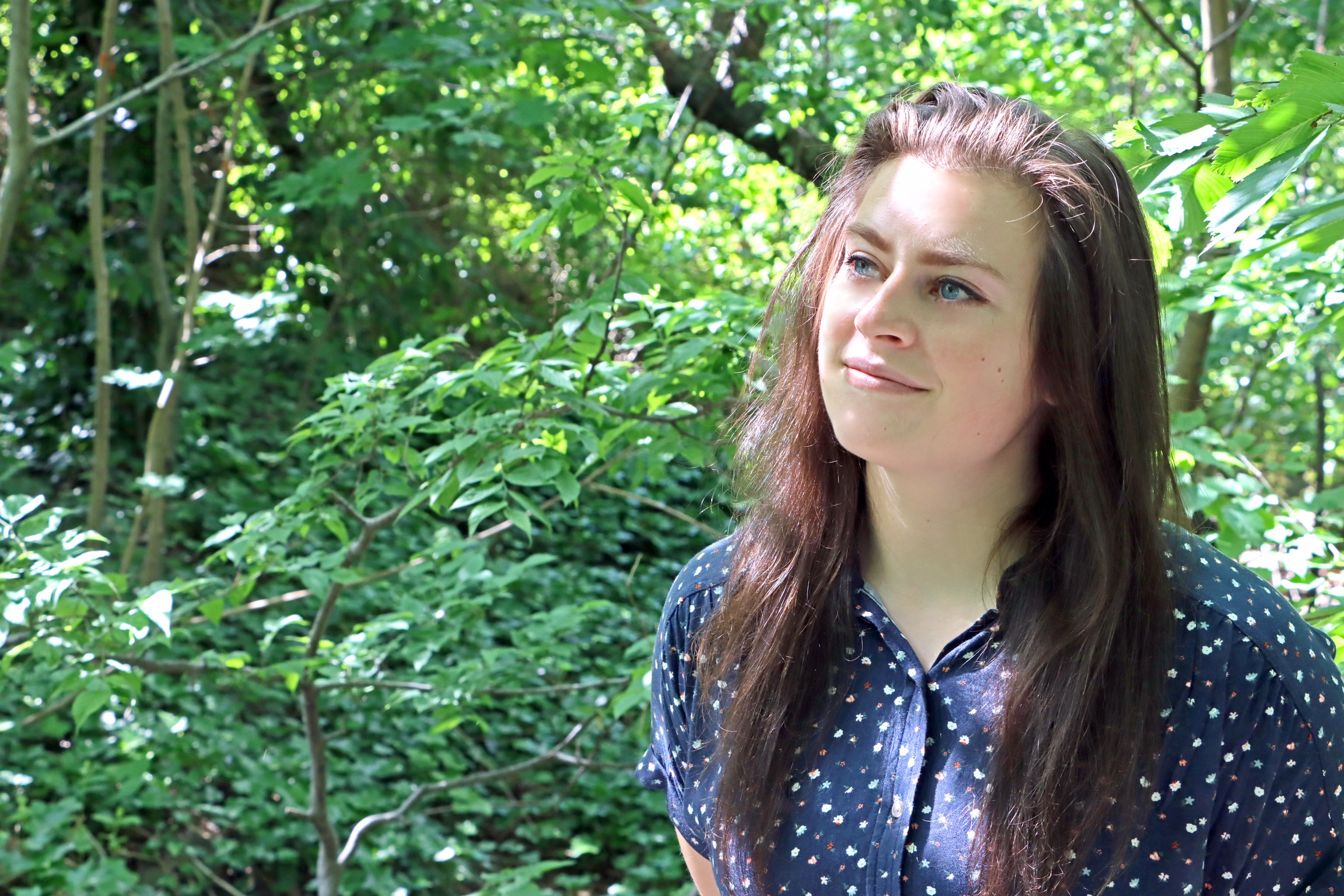 Me in Central Park, Manhattan, NY.

Why the Long Trail, and why now?

Even though I’ve yet to find an opportunity to take roughly six months away from my life, the AT fantasy has gotten me through a lot. It was comforting to know—even in the early days of living in NYC, when the crowdedness of the morning A train used to be enough to ruin my day—that outside of this garbage city people were thru-hiking, and that someday I might be one of them. Although NYC and I have since made our peace (you get used to the garbage smell after, like, year two), the truth is I don’t want to wait any longer to get back to myself. If the pandemic taught me anything, it’s that time is a finite resource. And luckily, thru-hiking the AT isn’t the only option out there.

The Long Trail is 273 miles—about a three-week commitment—and the southern terminus is only about a three-hour drive from my apartment. It will by no means be easy, but even with the pandemic to consider, there were far fewer barriers between me and an LT thru-hike (or end-to-end, as it’s called by the Green Mountain Club (GMC)). I’ve heard and read that the rugged terrain of the Green Mountains will make the hike difficult, but that’s part of the allure for me. I’m excited to test myself, to test my fitness (which, admittedly, has waned a bit since March), and to test my mindset. I want to see what I’m capable of, and prove to myself that I am what I say I am.

If you’ve made it this far, thanks for reading! I’ll be posting more about trip details, logistics, gear, and COVID-19 considerations this week as I get ready to head out.