When I was a competitive runner, I enjoyed a lot of modest success. In high school, I earned All-State and All-Conference honors as a runner. I was voted the MVP the cross-country team three times, and was the third-fastest in my high school’s history. In college, my team won three-straight conference titles, and I was even conference runner-up my sophomore year. Running was a big deal for me. It helped me stand out. Even people who weren’t my friends recognized I was good at it. It gave me a place where I belonged and helped give me purpose.

But during my sophomore year college, I stopped improving, which started a long journey of frustration and questioning, right down to my very purpose as a person.

During my junior and senior years, race times slowed and workouts that once were easy became hard. What used to be fun and a release from the normal stresses of life turned into dreaded chores. In cross-country, only seven runners are chosen to represent the team at championship meets. My senior year, I finished as the 8th man at our conference championships. Placing 8th meant that I was the alternate for the NCAA Regional Championships squad that year; it was the only race of my competitive career that I wasn’t on the varsity squad. The regional race was an epic spectacle where the races were delayed for an hour as 8 inches of snow was cleared off the course. That’s the kind of stuff you live for as a XC athlete…and I watched from the sidelines.

It hurt, and when I got back to my dorm room, I threw my shoes in the closet, and didn’t run for almost 2 years. 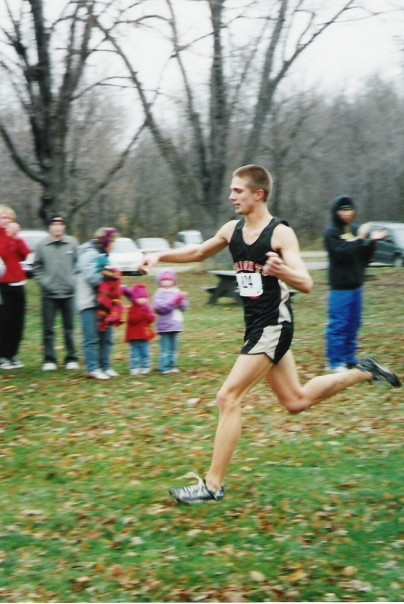 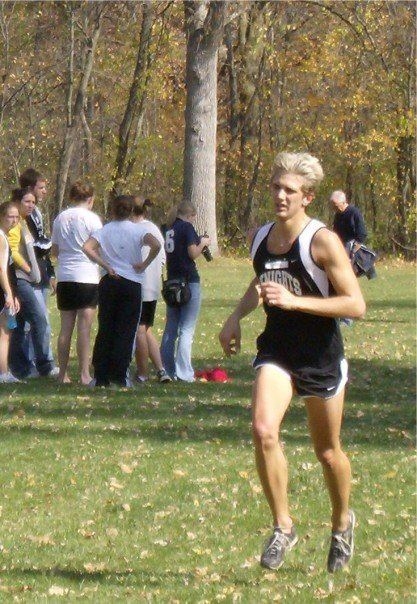 I took my first teaching job right out of college. I also got the opportunity to coach. That first fall, I ran in a community 5-kilometer race that many of my athletes would run in. I ran it about as fast as I had when I was an 8th grader. I was horrified. During that school year, I got back to training and ran a 5K faster than I had since my collegiate decline. But soon after, I fell back into old habits and began a battle with bodyweight that I’ve struggled with ever since. Four years into teaching, at the age of 27, I weighed in at more than 200lbs for the first time in my life on New Year’s Day 2012. Most people would go to the gym, start a diet…etc.

I signed up for a 50-mile ultramarathon instead, and dedicated the next 6 months to training for the June race.

The ultramarathon started at 7pm in Prince William National Forest in Virginia. It was a major challenge, but I placed 7th completing the course in 10 hours, 15 minutes; there was a 50% dropout rate as well. Once again, I had found something that I could excel at. I signed up for the USATF National Championships the following October, and ran 8:29. I wouldn’t go as far as to say that it felt easy, but it was enjoyable, and soon after I was thinking about when my next ultra would be.

Then graduate school consumed my life. 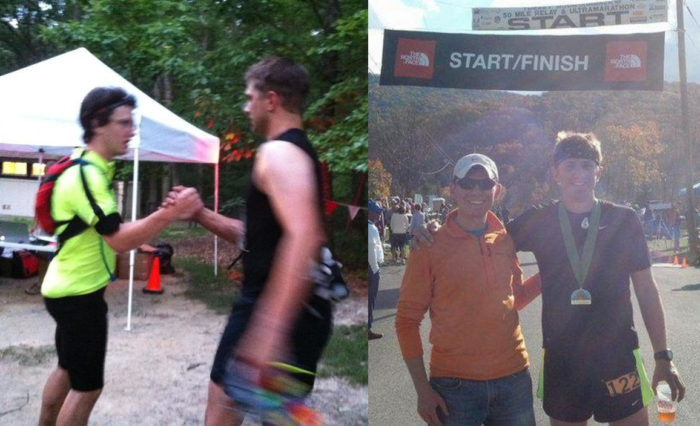 During seven years of grad school, I spent a lot of time learning hard lessons about taking on too much. I was barely keeping up with obligations and commitments which left little if any, time for me to stay active and take care of myself. The result was that I spent the first four years being sedentary and I gained 60 pounds. Once a lean fit trail runner, I was now clinically obese.

In the summer of 2016, I felt like I had gotten stuck during my doctoral program, and to distract myself. I started a routine of doing the elliptical for an hour a day and walking 5 miles every night. I lost 50 pounds in 3 months and got the itch to run again. After a few weeks of running regularly, I once again enjoyed recreational runs of upwards of 15 miles without much trouble. I was profoundly amazed at how quickly I turned things around, but as the end stage of my doctoral degree ramped up, I fell back into old habits and gained back all the weight I had lost.

By August 2019, I was a Doctor of Philosophy in Sport and Exercise Science. Ironically, while becoming an expert on exercise and performance, I had become the opposite of health and fitness. By many standards, my efforts had worked. I had earned a doctorate and I was now a professor responsible for doing research and using my expertise to teach students. But I felt that in the process, I had completely lost sight of who I was.

Following the completion of my doctoral degree, I found myself browsing through the AT materials I had assembled during periods of procrastination. Soon to turn 35, I recognized that the likelihood that I would have the time and fitness to attempt a Thru-Hike would decrease as I got older. At the encouragement of my wife, I pitched a proposal to my university, who agreed to let me leave in April to hike the AT if I could directly tie it to my research.

In 2012 I had signed up for a 50-mile race to motivate me to get in touch with who I once was; seven years later, I eyed up a 2192-mile self-supported hike to do the same.

Since dedicating myself to training for my AT Thru-Hike, I have lost almost 20 lbs in 8 weeks; I’m also on track to lose another 40 lbs in time to start my hike on April 4, 2020. Each week I see evidence that my measures of fitness are improving, but more importantly, I’m finding that I’m rediscovering the sense of calm and contentment that was missing for so long.